If you are having trouble with any of your HDMI connected devices to your 620 Mitsubishi home cinema, check some of the following settings.

This is part three of replacing the 620 Mitsubishi home cinema. Be sure to read: 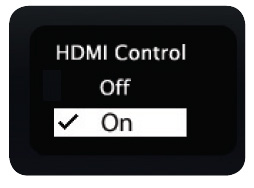 Optional: Connect the TV’s DIGITAL AUDIO OUTPUT to an input on the A/V receiver. Use this additional connection if:

No two manufacturers select which CEC functions to support so some conflicts may arise. To control conflicts:

Turning Off the TV’s HDMI Control of a CEC Device

As an example of using HDMI Control, press PLAY on the device itself to:

Test your equipment with the TV’s remote control to find additional supported commands:

Having problems figuring this out or need more help? Sign up to our forum and get all the help you need.