How to Fix Your Broken Projector 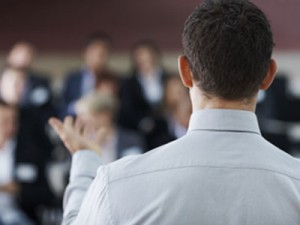 So your DLP Projector is a bit dusty, but you’ve decided that you’d like to brush it off and put it to work. Now that it’s all set-up it isn’t working properly. Where do you begin? Should you just buy a new projector? What can you do to fix your DLP Projector? Don’t fret; we’ll walk you through common DLP Projector issues, quick fixes, and when you should replace your DLP Lamp. You may find that your DLP projector wasn’t broken after all.
Your DLP Projector and Common DLP Solutions
Sometimes the issue with your DLP Projector can be fixed quickly and easily. If it’s been awhile since you’ve dusted off your DLP projector read on. We’ve described some common DLP Projector quick fixes below.
Step 1: Make certain that the DLP Projector is turned on and plugged into a power source. Also check to be certain that all cords are securely connected. If anything is misaligned it could prevent your DLP Projector from working properly.
Step 2: Double-check your remote. Is it possible that the batteries need to be replaced? This quick-fix could save you from spending a lot of time trouble-shooting other DLP issues.
Step 3: Check to make sure that the lens cap on your DLP Projector has been removed. If it’s off, adjust your lens if it seems unfocussed or blurry. Also check to make certain the lens is clean and free of dirt or fingerprints. Use a soft cloth to clean it if you find that it needs a little dusting off.
Step 4: Check the output settings on your computer. If you are using a laptop make sure that a dual display has been enabled.
Step 5: Check your DLP Projector’s input settings. Toggle through the menu inputs to assure you’re on the correct input signal. If this doesn’t work try refreshing your computer’s monitor.
Replacing Your DLP Lamp
It may seem intimidating to actually fix your DLP projector, but fear not. It’s possible that all your DLP Projector needs is a new DLP Lamp. If the lamp warning light is on then you will need to replace the DLP Lamp. You can find a replacement lamp part by purchasing from an authorized after-market retailer. (Read the China Conundrum) It’s important that you purchase the correct lamp. (Read article on replacing lamp.)
Step 1: Do not unscrew a hot lamp! Turn off and unplug your DLP projector and allow the bulb to cool first. Once you are certain that it has cooled, move on to Step 2.
Step 2: Find the DLP Lamp cover and remove it. You’ll need a screwdriver. Once the cover has been removed, take out the old DLP Lamp and dispose of it (properly).
Step 3: Use gloves to install the new DLP Lamp so the oils on your hands don’t shorten the life of your DLP Lamp. Don’t forget to replace the cover. (Again you’ll need a screwdriver.)
Note: Make sure you’ve secured the lamp and cover securely and properly. If the parts are not secured the DLP Projector may not display properly.