Get your laptop connected to your projector

Get connected with our guide

Whether it’s a PC or Mac, getting your laptop connected to a projector or a TV depends on getting the right cable. The age of your computer will determine which kind of cable your need.
This guide shows the choices out there from the newest to the oldest. 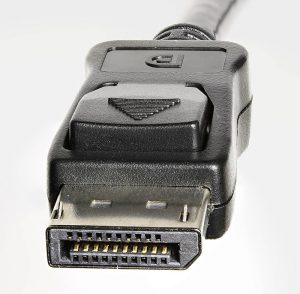 Display Port is a digital display interface found on many PC laptops used to connect a video source to a display device – usually a computer monitor to a projector or TV screen.
It’s able to transit an audio and video signals from 144Hz up to 4K. It can also separate the signals to transmit only video or only audio. The video displays between 6-bit up to 16-bit color and the audio broadcasts between 8 to 24 channels. It is NOT compatible with DVI, HDMI or analog VGA without the use of an active adapter to convert the signal. 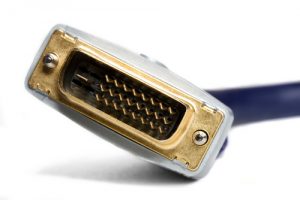 Digital Visual Interface (DVI) is a video connection found on some older PC laptops and on many desktop computers and is used to display 144Hz to 1080p resolution. A DVI connector is usually needed to connect a computer to any LCD TV. This interface has been designed to transmit uncompressed digital video so is often compatible with the older VGA interface and often found on DVD players. There are three different cable types: 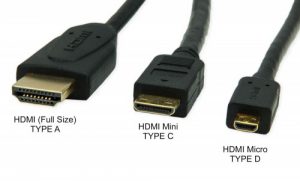 High-Definition Multimedia Interface (HDMI) has quickly become the industry standard. It the one-cable solution since it’s able to carry uncompressed video and audio works into most multimedia devices such as computer monitors, video projectors, digital TVs or audio devices.
HDMI is found all newer PC laptops and older Macbooks and is still considered the best TV to PC connector. HDMI is only compatible with DVI with a special adapter to transmit video properly.
There are different versions of HDMI cables: 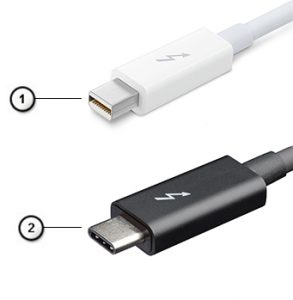 Thunderbolt is the hardware interface that is installed on all newer MacBooks and iMacs.
Thunderbolt 1 and Thunderbolt 2 use a Mini DisplayPort (MDP)  while Thunderbolt 3 uses USB Type-C–currently considered the best laptop connection. You’ll need an adapter to connect to a TV or projector.
Versions 1 and 2 (photo 1) both use one type of connector while Version 3 (photo 2) has slightly larger cable. 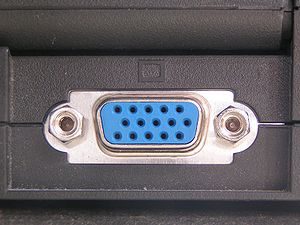 A Video Graphics Array (VGA) is type of connector found on older desktop computers monitors, older laptop computers and early HD TVs.
You’ll recognize it by the bulky three-row, 15 pin connector although a small mini-VGA port was sometimes used in place of the full-sized VGA connector.
It’s has been phased out and replaced by the compact HDMI and DisplayPort interface.