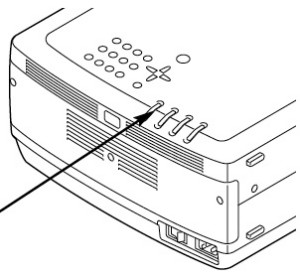 The Eiki LC-X4 uses two Eiki POA-LMP39 projection lamps, so it’s recommended you change both at the same time. Watch for the signs it’s time to change the Eiki LC-X4 projector lamp. There are several key functions that will help you manage end of life for the projector lamp.
Lamp Status

The Lamp Management Function detects the status of bots lamps and displays it on screen. The lamp status is also displayed for 5 seconds when the projector is turned on. The LAMP REPLACE indicator lights yellow when either lamp is nearing end of life.
On screen status:

Lamp Mode Changeover: Lamp Management Function automatically changes the combination of lighting lamp (Lamp Mode) by detecting the status of each projector lamp. When any of the two lamps goes out, Lamp Mode is changed over from 2 lamps to 1 lamp. Lamp Mode can be switched to 2 lamps or 1 lamp manually. Check the number of lamps being used on the Lamp Status.

Always install authentic projector to  keep your lamps in your Eiki LC-SX4LA  working properly. Look for the seal of approval before buying Eiki POA-LMP39 and avoid generics for the following reasons:

Step 3: How to replace the Eiki POA-LMP39 lamp

NOTE: To maintain quality of picture (better balance of color and brightness in entire screen), replacing both lamps at the same time. 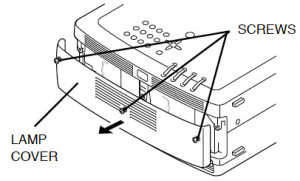 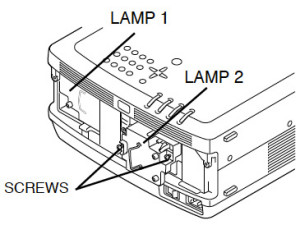 Your Eiki LC-X4 projector has a built in lamp counter to determine when the projector lamp should be replaced. It needs to be reset every time you replace the Eiki POA-LMP39 projector lamps. When the Lamp Replace Counter is reset, the LAMP REPLACE indicator stops lighting. 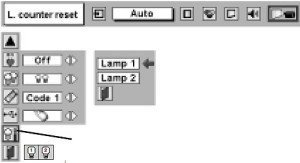 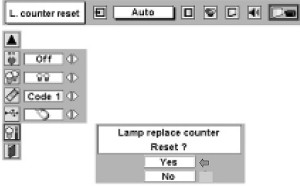 Extend the life of the Eiki POA-LMP39 projector lamp

Get more hours from your Eiki POA-LMP39 lamp by following these maintenance tips: 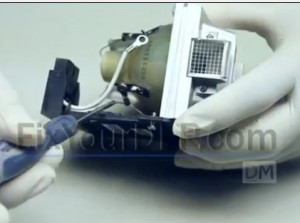 Looking for a green alternative? Try replacing only the bulb and re-using the same projector lamp cage. You save money and reduce waste.
Watch our how to video guide to learn more.