Mitsubishi white death can be solved for under $300 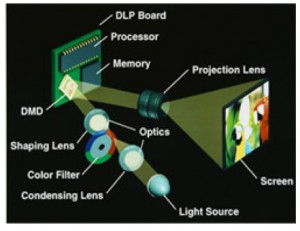 White dots on your screen? Here’s how to solve them.

You’ve settled  down to watch TV when you notice white star-like clusters on the screen. It’s not dust and it’s not a problem with the brightness.  It’s the Mitsubishi white death caused by a worn out DMD chip.
Find this New Mitsubishi/Toshiba 4719-001997 DLP Chip 1910-6143W

Mitsubishi DLP TVs have been plagued with the problems for several years now. Various forums talk about customers being given quotes of $600 and upwards for solving the white spot syndrome or replacing the DMD DLP chip . Fortunately, there are companies offering the offering the DLP chip for under $300.

No matter what the brand, at the heart of any DLP TV the DMD chip invented in 1987 by Dr. Larry Hornbeck of Texas Instruments. This optical semiconductor contains an array of up to 2 million hinge-mounted microscopic mirrors, so small they measure one-fifth the width of a human hair.

As it receives the signal, the small mirrors rotate, either tilting away from the light or towards it to produce those stunning images that have made these TVs a frontrunner for the consumer.  Since they are mounted on a yoke with an axle that literally twists in the middle, these micro mirrors get stuck and can no longer reflect the signal. The result is a white or black dot on the screen. As more and more mirrors become stuck, more white dots appear on screen creating an image that can’t be viewed. 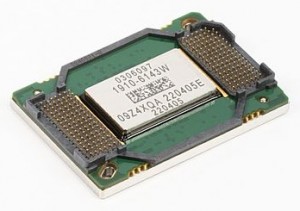