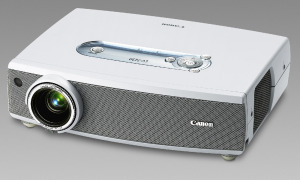 When the Canon LV-LP18 projector lamp has reached its end of life the LAMP REPLACE on the projector will light yellow. Replace the lamp immediately when you see this.
Other warning signs may be a dim picture, color that appears washed and a image that is fading.

After replacing the Canon LV-LP18 (9268A001) projector lamp, you’ll need to turn off the LAMP REPLACE indicator by resetting the LAMP REPLACE COUNTER. The counter tracks the number of hours the lamp has been used by the Canon LV-7225 and triggers the warning light when the lamp is reaching its end of life. Not resetting it after may stop your projector from turning back on. 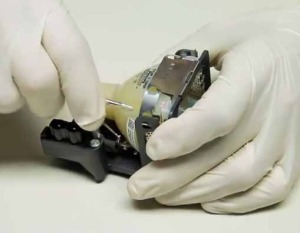 If you are looking to do your bit for Mother Nature, why not try re-using the Canon LV-7225 lamp cage and just replacing the bulb? Our training video shows you how to green your projector with step-by-step instructions.